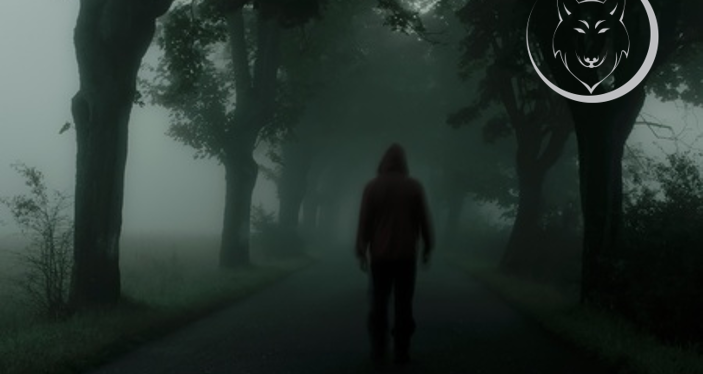 Welcome to this Blue Moon edition of On the Prowl. We’re going to explore the origins of the name of a not-blue moon, solve a real mystery in my own back yard, and hunt for a ghost. This edition is a little shorter than others. Sadly, real life got in the way of my playing this month.

October 31st is a busy day night this year and not just for the little ghouls and goblins trying to have fun amid this COVID world we are living in. Saturday is a full moon, the second one this month. Making the Hunter’s Moon a calendar Blue Moon.

The Hunter’s Moon is a call-it-like-you-see it kind of name. The weather around here has been great for getting outside. The Hunter’s Moon will crest at 10:51 A.M. Eastern Time and will look perfectly brilliant at night (if you’re lucky enough to not have a cloudy night)

Blue moons have a more complicated name. According to one of my favorite resources, The Farmer’s Almanac, the original definition of a blue moon was related to four full moons in a season. Since the moon’s cycle is 29.5 days, a 3-month season occasionally has 4 full moons. The 3rd of these was called the Blue Moon. Why the 3rd and not the 4th? If you were going to give a special name to an extra something being in a set, wouldn’t you give it to the last? The caboose?

And down the rabbit hole we go. Allow me to introduce you to a 2012 article written by Philip Hiscock for Sky and Telescope. He went after this. (Thank you, Philip!) His article is “Where does the phrase ‘Once in a Blue Moon’ come from?” He traced the term to 1937 where it appeared in an edition of Maine’s Farmer Almanac to refer to certain full moons. He heard stories of earlier uses but was not able to substantiate the use of the term.

In the 1940s, the early use of the term was misinterpreted. Instead of a blue moon being the 3rd full moon with there are 4 in a season, it was associated with the 2nd full moon within the same month. The version was reprinted and retold until it is now the more accepted definition.

I wonder if the newer definition took root because it’s simpler for us non-astronomical types to manage. Knowing when a season starts and ends is tricky, let alone counting the full moons in it. Knowing when a month starts is much, much easier.

A Different Kind of Cruze1 Mystery (in 500 words)

“Really? A car alarm? Sooo wrong, this was my Sunday.” Putting the pillow over my head, I attempted to ignore the fact that daylight had seeped into the room. Damn that alarm was loud. It sounded like it was in the yard. Tossing aside the useless pillow, I dragged my reluctant bones out of bed and peeked out the window. “Huh. J— your car alarm is going off.”

Like any normal 17-year-old, he was dead asleep. His car fob was on his bedside table, squashing my idea that he rolled over on it or Lucy Bear (our dog) was using it as a chew toy. I took it to my bedroom and pointed it at the car. Noise stopped. Problem solved. Resumed daylight denial.

The alarm went off again. Fob on my beside table. No hand upon it. I got back up, went back to the window, pressed the magic button again. The noise stopped but this time, this time my friends, I watched.

The brake lights flashed. The backing lights went on. The trunk opened! That damn car did everything but turning itself around and shout “That’s what it’s all about!”

Enter the husband. He’d been downstairs with the dog. “What’s going on?”

“Well, get the keys and turn it off.”

That’s why I got married, for inspired words like those. “I did,” I said. “The lights keep turning on, by themselves. I think the car’s possessed.”

He snorted derisively, but it made complete sense! This close to Halloween, when the threshold between Here and There is thin, our car could be a portal to the other side. An odd choice, admittedly. If I were on the other side, I would not choose a 2011 Chevy Cruze for my cross-portal transportation, but that’s just me.

A third time the alarm went off! Proof something was amiss. I returned the key fob, letting J— know his car was likely possessed. “Should be fine to drive, just letting you know.”

He sat up, rubbed a dog belly. “Yeah, rriiiight. I gotta go to work, so I’m just gonna get my laundry.”

Downstairs, I shared my theory with anyone who would listen (Lucy Bear). “Spirits are manifest energy. If the energy came in proximity to the car’s electrical system, it stands to reason that things could go haywire. The surge could affect the lights, the horn, even release the trunk.”

Lucy supported my theory and further speculated I could reach the treat jar if I leaned a little to the right.

“So, I might know what happened,” J— said, amusement in his tone. “Remember the car keys I couldn’t find? Found them…in the washing machine. Dad ran a load for me.”

The Husband had put a load of J—‘s clothes in just some ten minutes before J—’s car channeled its inner Christine2. Thus, a potentially amazing solution was displaced by a cold, wet reality and a truth was revealed: car fobs and water don’t mix.

Jack and I are continuing to work on Season 2 of Mysteries To Die For. Episode 3, Human Effect, is in the works. It’s a perfect story to record this time of year…

Our hero is a business man, a practical man, who can’t resist a good haunted house. Too bad every one he’s faced off with was a fraud. The “haunted” was nothing more than the effect of a human with some perverse motive.

But this house just may be different. A friend of his couldn’t stand being in the house more than two nights! And this delightful house was right in his own back yard. London.

While you’re waiting for us to release our next season, check out one of my favorite Podcasts Myths and Legends. Jason and Carissa do an amazing job telling stories from, well, myths and legend. I love hearing the stories I know, well, I thought I knew. Zeus and the Greek gods. 101 Arabian Knights. Robin Hood. Mulan. There is so much more to these stories then what you know from cartoons or children’s books.

Myths and Legends takes you to places you’ve never imagined. Ancient Japan with Princess Moonlight. Ireland and the tragic life of Etain. East to west, north to south, Myths and Legends is everywhere.

Check them out wherever you get your podcasts

I warned you this was going to be a short one. I’ll back on the prowl November 30 when we’ll be swimming under the Beaver Moon.